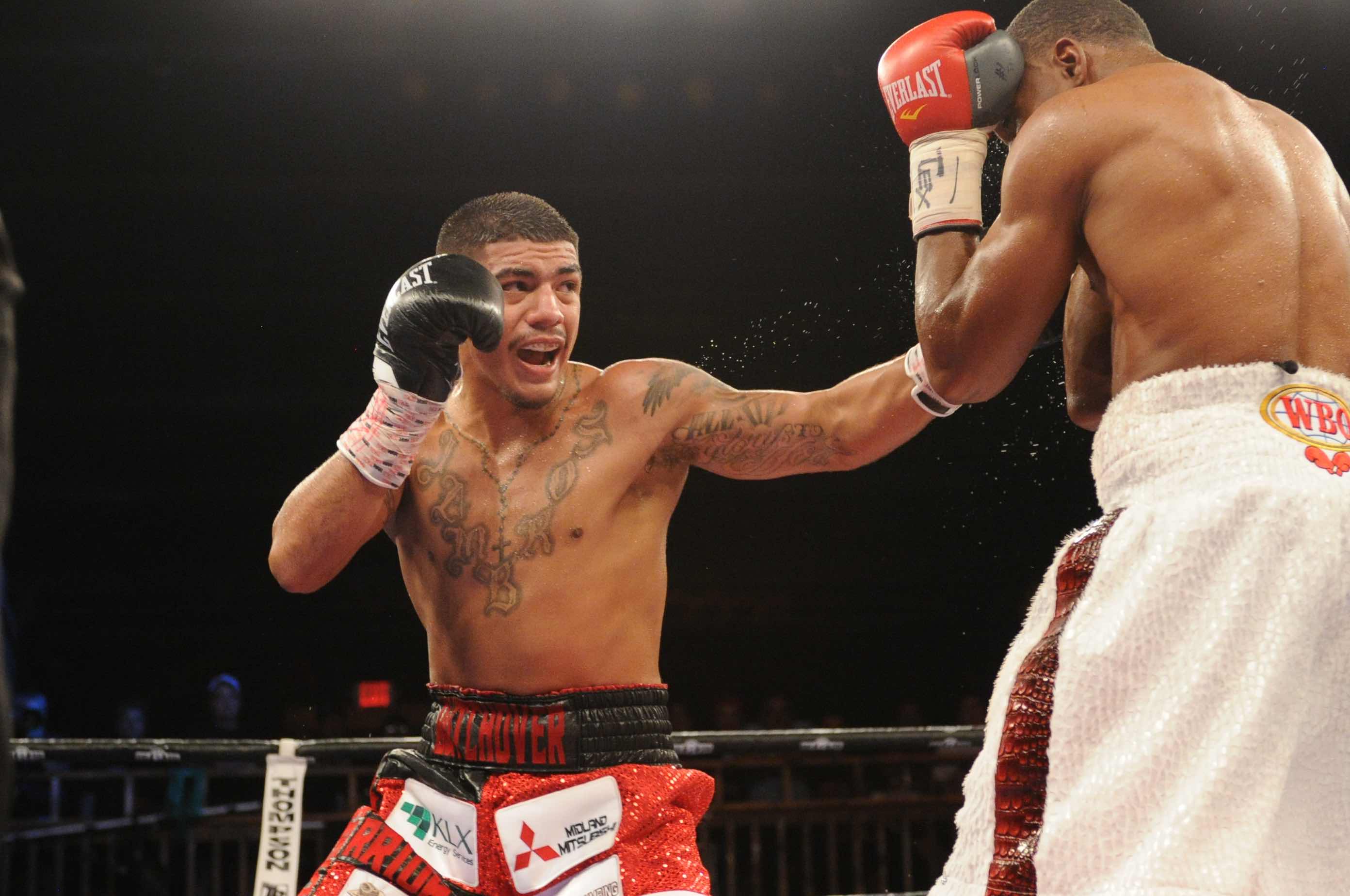 Petr Petrov Inches Towards Title Shot with 2nd Round KO

PHILADELPHIA  – September 23, 2019 – This past Friday night, three members of the Banner Promotions stable were in action and had impressive performances.

In Midland, Texas lightweight Michael Ducthover (13-1, 10 KOs) took on Thomas Mattice in the main event of ShoBox: The New Generation that was televised Live on SHOWTIME.

Dutchover took the fight to Mattice and was up on two of the three judges scorecards as the bout entered the eighth round.

In that round, Dutchover was cut over the left eye.  The cut was ruled from a punch, but instant replays were inconclusive on how the cut occurred, and Mattice was ruled the winner of the bout.

“It was a great fight.  Mattice is a warrior, but the fight was going my way,” said Dutchover.  “My body punches and uppercuts were working well, and I stunned him in the 6th round.  It was a good performance and I had the fight won.”

On the punch the allegedly stopped the fight, Dutchover did not know how the cut was opened.  “They said I got with a punch, and I guess that’s boxing.  I don’t know if it was a punch and I don’t know if it was a headbutt.  I just know that I started bleeding. I was good, but the doctor stopped the fight.  The thing that disappointed me was that they did not let my cutman Andrew Rodriguez work on it between rounds.  In fact, after the fight was over, he worked on it for about 20 seconds, and the cut was under control.”

“I take my losses the same way I take my wins, but now I just can’t wait to get back in there.  It says that I have a loss on paper, but with my performance, I feel that I won.  I would take a rematch with him without hesitation.  But as soon as I heal up, I would take that as the 1st fight back.”

The fight took place in front of a sold out crowd in Dutchover’s hometown for which SHOWTIME analyst’s said it was the loudest they heard a venue in many years.

“Midland supported this event, and I helped bring a major event here. It exceeded all expectations, the fans loved the fight, and they are already talking about bringing another event here.”

Villa used a variety of punches throughout the fight which included a perfect two punch combination that dropped Vivas in round two, and Villa cruised to the victory by matching 100-89 scores on all cards.

“It was a pretty good performance.  He was confident, but we had a good game-plan which we stuck to the whole fight, and I was smart about it what I wanted to do in there,” said Villa.

“We planned that he would be more aggressive.  We know that feints and jabs would be key and they worked great.  Once I landed the jab that was followed by a left hand in round that that dropped him, I saw him begin to lose his confidence.”

Villa was very satisfied with his performance in his 3rd appearance on ShoBox.

“If you consider the tough opponent, who came in undefeated and combine it that I scored a knockdown and won all the rounds, I would say it was my best performance to date.”

Villa is very confident that major opportunities are on the horizon.

“I am going to take a couple of weeks off, and then get right back in the gym.  I am hopeful that by middle of next year I will get my world title opportunity.”

In Ontario, California, two-time world title challenger Petr Petrov registered his 3rd stoppage victory of the year as he stopped Dedrick Bell in the 2nd round of their main event at The Doubletree Hotel.

Petrov dominated the action, and stopped Bell with a body shot at 2:48.

With the win, Petrov (41-6-2, 22 KOs) will look for a major opportunity, which could include a world title shot with a particular interest in fighting newly crowned WBC Interim lightweight champion Devin Haney.

“I am very proud of Michael, Ruben and Petr,” said Artie Pelullo, President of Banner Promotions.  “Michael was ahead in the fight that ended because of a situation where no one has clearly seen a punch.  If the referee would have declared it a headbutt, Michael would have won the fight as he was ahead on two the cards.  It’s just bad luck.  Michael is 21 years-old and he is terrific young fighter.  It is just a bump in the road. Ruben was outstanding, and he keeps showing us he is on his way to a world title.  He took on an undefeated fighter who was promoted by Mikey Garcia’s company.  Mikey knows talent.  Ruben won every round, and he is proving why he is one of the best at 126 pounds in the world.  Once again Petr showed that he is a true professional as he has been active, and has three straight knockouts.  A big fight is in his near future.”

Dutchover and Villa are co-promoted by Thompson Boxing.