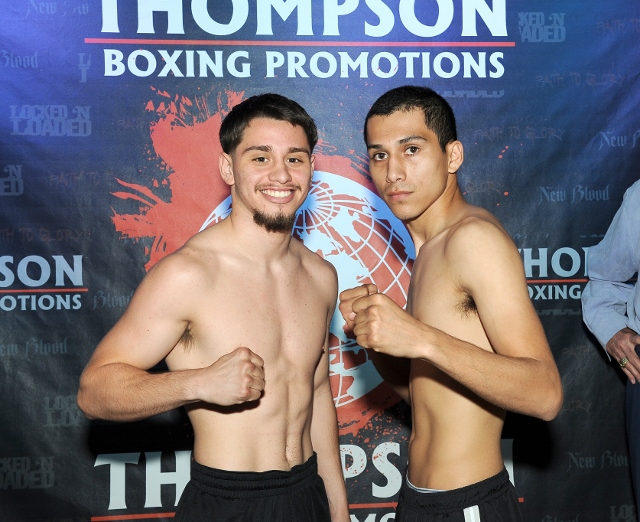 Philadelphia, PA / Ontario, California (February 10, 2017)–TONIGHT at the Doubletree Hotel in Ontario, California, two highly regarded prospects will be in action as undefeated featherweight Ruben Villa and Michael Dutchover will make their 1st appearances in 2017.

Villa and Dutchover are promoted by Banner Promotions and Thompson Boxing.

Both fights are scheduled for 4 rounds.

“Everything is going well. I had a great training camp. I sparred with (world title challenger) Oscar Escandon and Victor Pasillas,” said Villa.

“I don’t know a lot about my opponent. He has lost to some good prospects, but I let my trainer do the research. I just train and fight.”

Being that it is Villa’s 1st full year as fighter, Villa has goals, both in this fight and throughout 2017.

“Hopefully I can get some rounds in on Friday. That will give me more ring experience. I am looking for 5 or 6 fights this year, and just want to stay active. I think I will fight 1 or 2 more 4-round fights and then it will be onto 6-round fights. I just want to be able to show what I can do. It’s great to get those 1st round knockouts, but it doesn’t show all my skills. I want to show the fans all that I can do.” 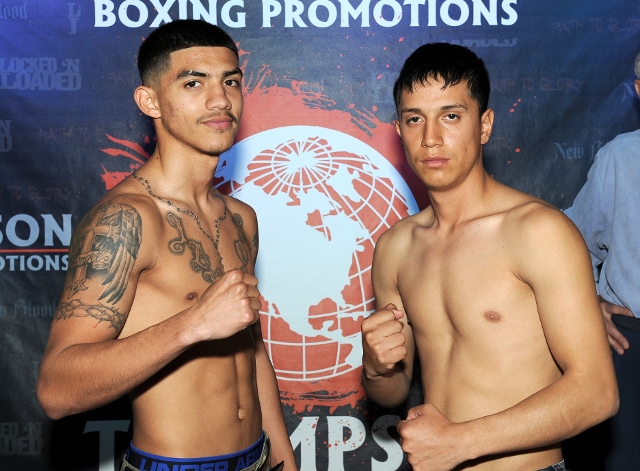 Dutchover, who turned professional on October 21st, is ready to start the year off in impressive fashion.

“Training has been great. I feel strong and confident,”said the 19 year-old Dutchover.

“I don’t know much about him other than he has had a few fights, but it should be a good test for me.”

Like Villa, look for Dutchover to stay active in 2017.

“This is my first fight in 2017, and I am ready to start the year off with a bang. I am just going to work my game plan and come out victorious. It’s going to be a very busy year. I been working hard with my trainer Danny Zamaora, I think I will fight 5 or 6 times this year. But first things first, and that is to start off the year off in a good fashion on Friday, and keep it going.”

“We are looking forward to Ruben and Michael getting started in 2017,” said Artie Pelullo, president of Banner Promotions. “This will be a good year for them as the fans will really get to know them. We plan to keep them very busy. We feel by this time next year, they will be on everybody’s prospect lists as stars of the future.”

“Both Ruben and Michael are anxious to start 2017 with compelling wins,” said Ken Thompson, president of Thompson Boxing Promotions. “We plan on keeping them busy this year. The plan is to elevate their level of competition as the year goes on. Ruben and Michael are immensely talented prospects with world championship potential. It’s only a matter of time before they become household names.”