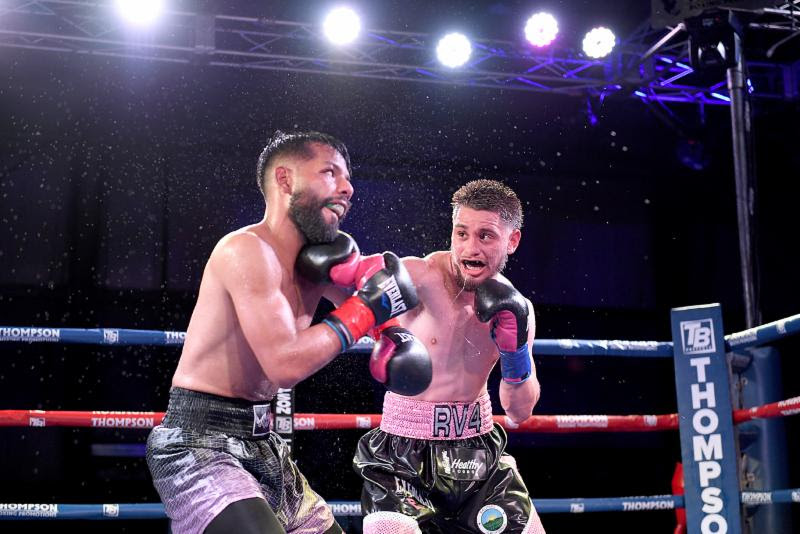 Live On SHOWTIME® At 10 p.m. ET/PT From StageWorks Of Louisiana In Shreveport

PHILADELPHIA, Penn. / ORANGE Calif.(Jan. 8, 2019) – Unbeaten featherweight prospect Ruben Villa (14-0, 5 KOs) takes the next step in what has become a promising young career when he makes his national television debut this Friday in a co-featured fight of a ShoBox: The New Generation tripleheader

The eight-round bout takes place from StageWorks of Louisiana in the southern U.S. city of Shreveport. Coverage airs live on SHOWTIME beginning at 10 p.m. ET/PT.

Villa, a southpaw who turned 21 late last year, faces Colombian Ruben Cervera (10-0, 9 KOS), who will be stepping up from super bantamweight to fight the former two-time Golden Gloves winner from Salinas, Calif.

“It’s an exciting opportunity to fight under the bright lights,” said Villa, who is co-promoted by Banner Promotions and Thompson Boxing. “This is what all boxers plan for – to be showcased on a national platform. The focus will stay the same. I’m going to be aggressive and put my stamp on the fight. I’m looking forward to delivering a memorable performance.”

Villa is fighting a largely unknown talent in Cervera. He boasts an impressive record, but it has been built against marginal opposition. Villa, who started boxing at age five, comes from an outstanding amateur pedigree and has seen advanced styles in sparring sessions since turning professional in 2016.

“There’s not much video on him, but we know he likes to load up for big punches so we’ll be aware of that,” Villa said. “I’ll play it smart the first couple of rounds and see what he’s made of.”

The match up figures to provide a test for Villa in the sense that a lightly scouted fighter makes for a dangerous opponent.

“I’m just going to fight my fight,” Villa continued. “I’ll use my footwork to keep him off balance and get him tired. I can pressure him with my hand speed and land punches from angles that he won’t see coming.”

The event is promoted by Devin Haney Promotions and Bishop Promotions LLC, in association with Banner Promotions and Thompson Boxing. Tickets, starting at $30, are on sale now and available at www.akafights.com.