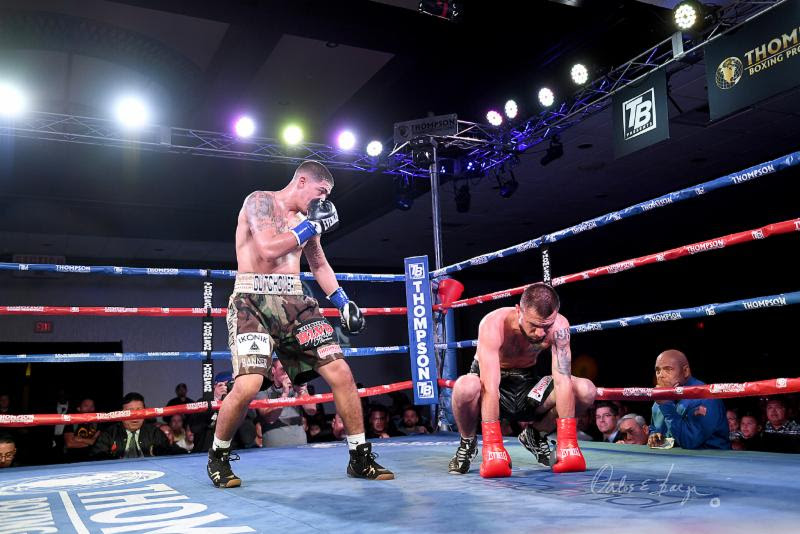 Dutchover, who had turned 21 the day prior, celebrated his birthday weekend with his fifth win of the year and fourth straight knockout victory.

The West Texas-based Dutchover used his patience in the first round to learn the appropriate angles against Tamayo, who had previously been in the ring against first class talent such as Jhonatan Romero, Oscar Valdez, Joseph Diaz, and Jesus Cuellar.

In the third, Dutchover unlocked his power with a left hook to the body that stunned Tamayo and forced him to take a knee. After Tamayo beat the count, Dutchover attacked and landed a right onto his midsection, which dropped Tamayo once again.

Referee Lou Moret immediately waived off the fight at the 2:15 mark.

“I feel like I’m growing into a better fighter with each and every fight,” said Dutchover, who is promoted by industry veterans Banner Promotions and Thompson Boxing. “I took my time in the first round, but then my corner advised me to start letting my hands go, and I got the knockout win. I’m looking forward to another great year in 2019.”