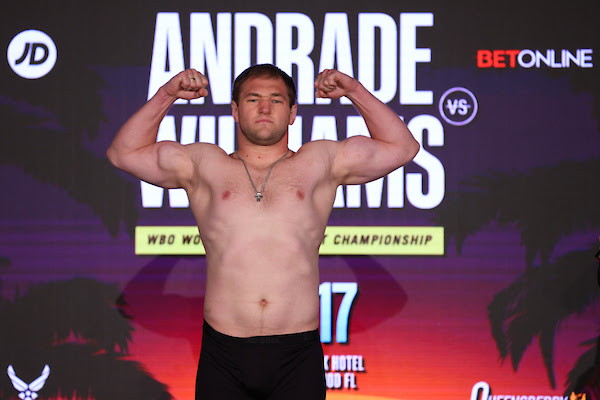 Fedosov, of Shuya, Russia, will be making his first ring appearance of 2021, and has a record of 31-3 with 25 knockouts.

The former Boxcino champion, who began his career in his native country, has been very successful when taking his career stateside, as he has a record of 12-2 with 11 knockouts, which includes scoring three knockout victories to win the Boxcino Heavyweight title.

Fedosov, who is promoted by Banner Promotions and Newsboy Boxing, is a former WBO Intercontinental and WBA Fedlatin Heavyweight Champion.

Majidov is 3-0 with three and knockouts, and is a three-time world amateur champion.

The fight will be streamed live on DAZN at 3 PM ET.