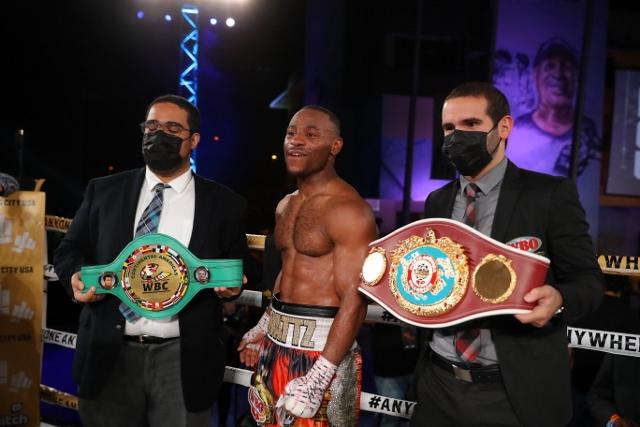 The event was televised Thursday night on NBC Sports Network.

Adams came out strong in the early rounds as he took control by working on the inside. In round three, he was questionably deducted a point for low blows on punches that landed on the high beltline of Bohachuck.

Adams continued pushing on, as he not only battled Bohachuk, but a slippery ring surface. The Watts, California native showed his championship experience as he hung tough in the middle rounds while he waited for and eventually found his moment in round eight.

In that round, Adams landed a big left hook that hurt Bohachuk along the ropes. Adams jumped on his prey and landed another booming left hook on the chin that sent Bohachuk to the canvas. Bohachuk got to his feet, but stumbled, and the fight was stopped at 2:47 in round eight.

“It was real tough in there with the ring being wet, and the referee taking that point. I had to dig in deep, and regardless of what was happening during that fight, it was me against them, and I had to embody that and use all of the strength that I had to connect on one of those punches from “The Cannon,” said Adams.

“He brought another side out of me that I knew was in me, but the people got to see it tonight. I am a professional. I have to figure out how to get The W. I am going to keep on doing what I have to do to keep winning.”

With the win, Adams, who is promoted by Banner Promotions and The Tournament of Contenders is now 23-3 with 15 knockouts. Bohachuk, who came in undefeated, is now 18-1 with 18 knockouts.