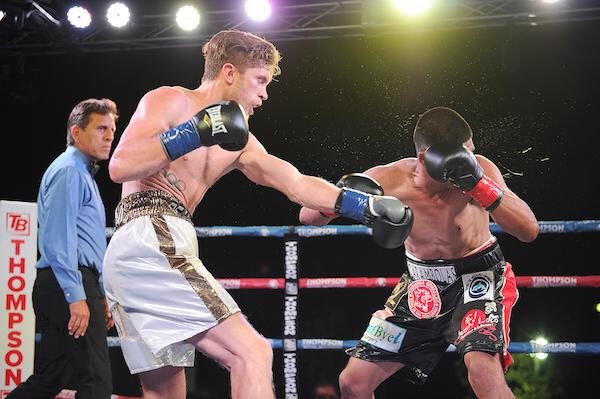 While tickets are not available for purchase, the promoter will livestream the entire fight card on TB Presents: Night of Champions  starting at 8:00 p.m. PT / 11:00 p.m. ET.

Shelestyuk, 33, will face veteran  Martin Angel Martinez (18-16-1, 11 KOs) of Mexico in the showcase fight from the Doubletree Hotel in Orange, Calif. Shelestyuk, a southpaw from Los Angeles by way of Ukraine, was absent from the ring last year and has been inactive for a year-and-a-half.

In contrast, Martinez has seen consistent action in each of the last four years, logging a total of sixteen fights. The 28-year-old is battle tested, having gone up against former interim title holder Mike Alvarado and high-end talent such as Jose Roman, Alex Saucedo, and Giovani Santillan.

Shelestyuk, however, comes from an outstanding amateur background that culminated in an Olympic bronze medal at the 2012 London games. The seasoned Shelestyuk mixes punching power with technical ability that at one point landed him as a top contender among the WBO rankings.

“I feel as confident as I have ever felt,” said Shelestyuk, who is promoted by Banner Promotions and Thompson Boxing. “I’m always in the gym working hard. I plan on attacking early and seeing what Martinez is made of.”