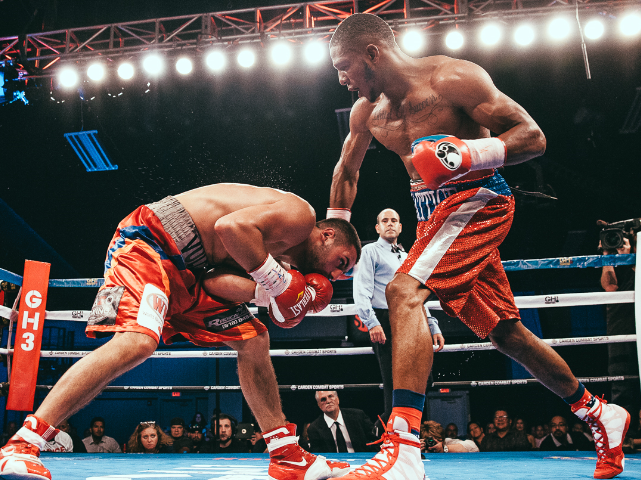 WHAT: Fans can relive the controversial first fight between lightweight contenders Thomas Mattice and Zhora Hamazaryan, available now in its entirety on SHOWTIME Boxing YouTube channel ahead of the rematch September 28 in the second of back-to-back Fridays of ShoBox: The New Generation action.

In one of the most widely disputed fights of 2018, Mattice (13-0, 10 KOs) kept his undefeated record intact when he overcame a knockdown in the second round to escape with the eight-round split-decision victory over the previously undefeated Hamazaryan (9-1, 6 KOs). Two judges scored the fight 76-75 in favor of Mattice with the third judge scoring it 77-74 in favor of Hamazaryan.

Less than three months after judges in Iowa awarded Mattice what Hall of Fame analyst Steve Farhood called “the worst decision I’ve ever seen in the history of ShoBox”, Mattice and Hamazaryan will face off in the co-feature of the ShoBox telecast from Pechanga Resort Casino in Temecula, Calif.

Hamazaryan, who recently returned stateside after an extended stay to be with family and train in his native Armenia, is looking forward to his opportunity to exact revenge.

“I respect Thomas Mattice,” said Hamazaryan, who is currently training with John Pullman and Buddy McGirt. “He fought a good fight last time, but everyone knows I won the fight and he does too. I respect that I got a rematch and we can settle this once and for all.

“My gameplan is to do the same thing I did last time, but just more pressure and aggression. Because of what happened last time, I can’t leave it up to judges. I must get the knockout. If I don’t, then the same thing will happen again and I will get robbed. I can’t have that.”

Mattice, who has watched the July fight multiple times, is hoping to prove that his decision win was no fluke.

“It was important to me to get this rematch so that I can display to the fans the kind of fighter I am and show that I deserved to win the first fight. I’m looking to continue my rise and show the world that I’m the real deal.

“We’re just trying to work on the mistakes we made in the first fight. He may try to do things differently this time, but we’ll adjust and be ready come fight night. It was a controversial decision but I have to remember that at the end of the day I’m a fighter and not a judge. I just have to go out there and fight my fight, and things will be taken care of.”

The September 28 ShoBox is headlined by top undefeated lightweight prospect Devin Haney (19-0, 13 KOs) facing three-time world title challenger Juan Carlos Burgos (33-2-2, 21 KOs). The opener will see two undefeated middleweight prospects meet as Cem Kilic (11-0, 7 KOs) and Donnie Marshall (9-0, 6 KOs) face off in the ninth matchup of undefeated prospects of 2018 on ShoBox: The New Generation. The previous Friday, Jon Fernandez (16-0-0, 14 KOs), one of the top prospects in boxing and Sergio Martinez protégé, will face O’Shaquie Foster (13-2, 8 KOs) in the main event of a ShoBox telecast from Firelake Arena in Shawnee, Okla.

About ShoBox: The New Generation