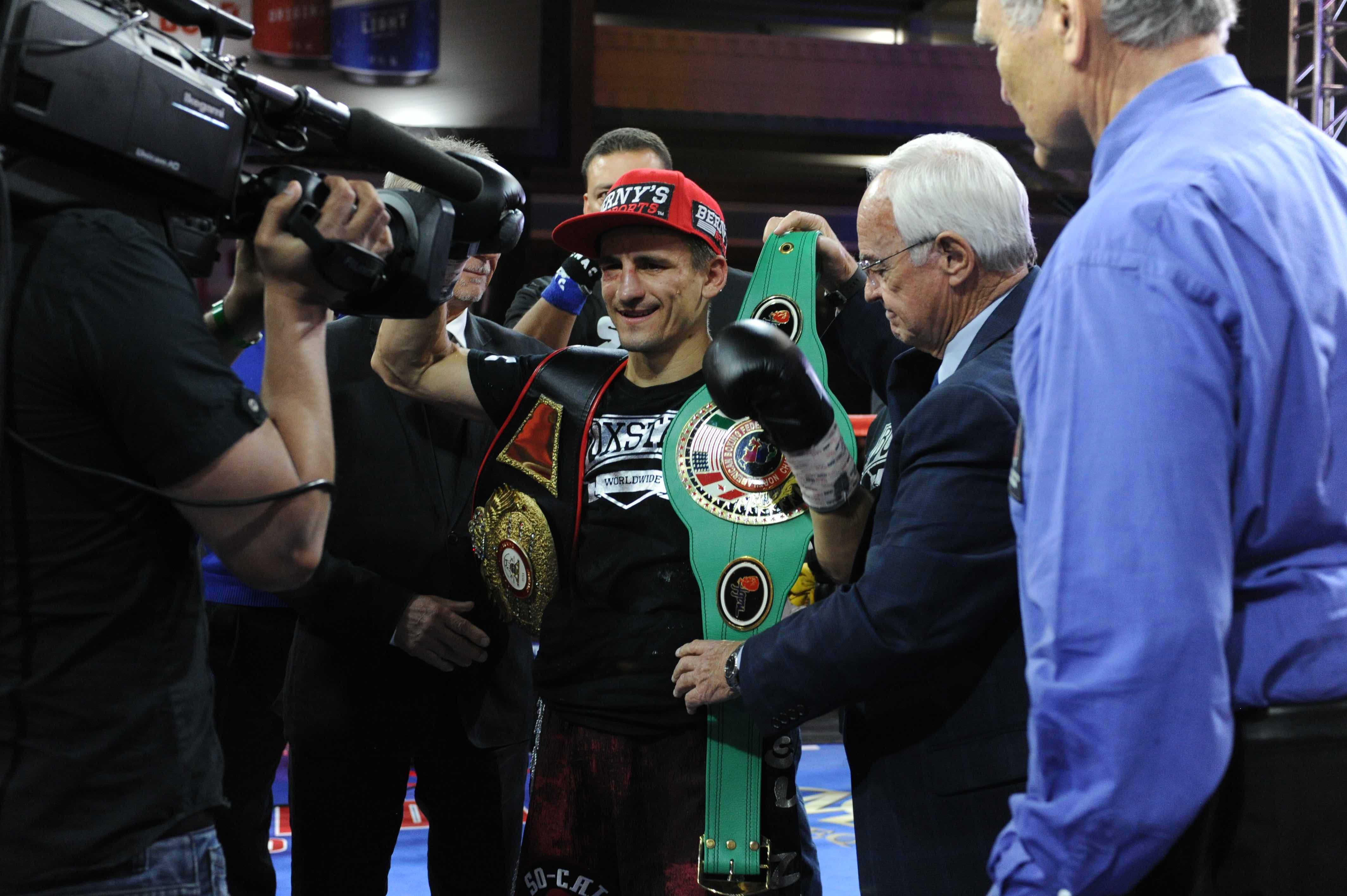 FOR IMMEDIATE RELEASE
NEW YORK (March 6, 2018) – Undefeated 140-pound contender Ivan Baranchyk will now face former world title challenger Petr Petrov this Friday, March 9, in the co-featured bout on SHOWTIME BOXING: SPECIAL EDITION live on SHOWTIME at 10 p.m. ET/PT from Deadwood Mountain Grand in Deadwood, SD. The contest will be an eliminator for the No. 2 position in the IBF junior welterweight world rankings.

Petrov replaces Anthony Yigit, who has withdrawn due to illness.

“We are looking forward to having Petr compete this Friday night on Showtime,” said Banner Promotions President, Artie Pelullo.  “Petr is a world championship caliber fighter, and by taking this fight on just five days notice, it shows the character that Petr has.  I expect he will put on a great performance on Friday night and get himself on the doorstep of another world title opportunity.”

“Baranchyk and Petrov are both known for their all-action styles and are never in a bad fight. It is a tremendous addition to this card, and I’m thrilled we were able to put the bout together on short notice. The fact that Petr was training for another fight once again made it possible to create a superior fight under difficult circumstances,” said Lou DiBella, President of DiBella Entertainment.

Sporting a record of 38-5-2 with 19 KOs, the 34-year-old Petrov, of Ryazan, Russia, and based in Madrid, Spain, will look to bounce back into the win column following a hotly contested 12-round decision loss to WBO Lightweight World Champion Terry Flanagan on April 8, 2017, in Manchester, England. Prior to the loss to Flanagan, Petrov was on a six-bout winning streak, including victories over Michael Perez, Marvin Quintero and Gamalial Diaz. Over the last 10 years, Petrov’s only other losses have come against world champions Marcos Maidana and Dejan Zlaticanin.

“I am grateful for this opportunity to fight of the number-2 position in the IBF.  A victory will open the doors for me to get another world title shot,” said Petrov.  “Baranchyk is a tough fighter who is right in front of you.  This will not be an easy fight, but I am a veteran who can adapt to any style.”