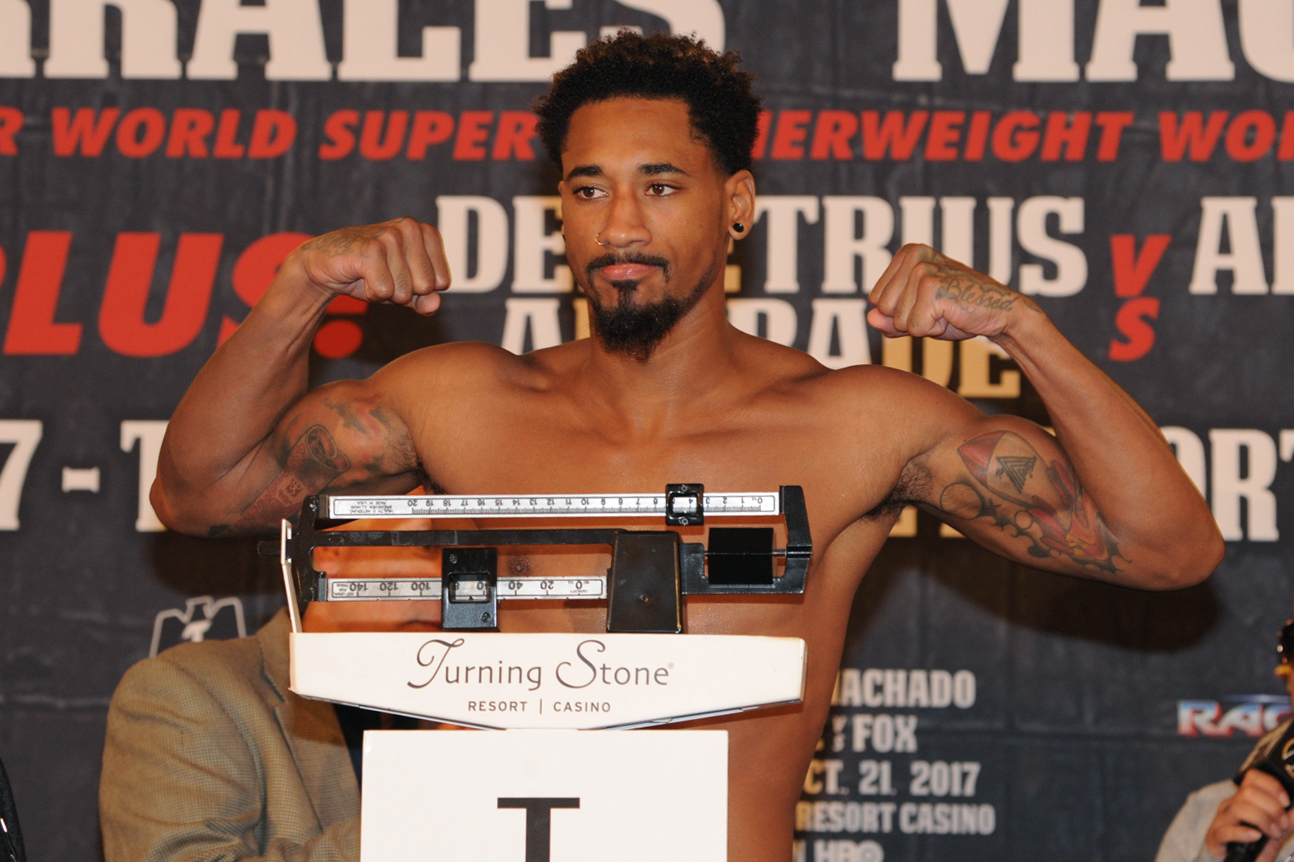 Verona, NY (OCT. 21 2017) -Below is some of the media coverage for tonight’s 12-round middleweight bout between undefeated two-time world champion Demetrius Andrade and undefeated Alantez Fox. That bout will be part of an HBO Boxing After Dark® from the Turning Stone Resort Casino beginning at 10:05 ET/PT.

Dan Rafael, ESPN.com, Demetrius Andrade ready to rise to the top of a new weight class

Keith Idec: Boxingscene.com: Demetrius Andrade: Fox Was The Only Guy Willing To Fight Me!

The bout will be the live co-feature of an HBO Boxing After Dark tripleheader card that will feature Jazreel Corrales defending the WBA World Super Featherweight Title against undefeated Alberto Machado and Ryan Burnett taking on Zhanat Zhakiyanov (tape delay) in a Bantamweight Unification Bout. The HBO telecast will begin at 10:05 p.m. ET/PT.

The Corrales vs. Machado bout is promoted by Golden Boy Promotions.

Host of the October 21st event, Turning Stone Resort Casino is an award-winning destination resort, which continues to distinguish itself as a premier venue for fight-of-the-year level boxing. The October event will mark Turning Stone’s 23rd nationally-televised boxing event, cementing the resort as a leading destination for nationally-televised combat sports. Turning Stone is celebrated for its noteworthy boxing events such as boxing legend Mike Tyson selecting the resort as the venue for his world debut as a promoter, Muhammad Ali’s daughter Laila Ali made her boxing debut at Turning Stone and in April 2015, Turning Stone was selected to host “Fight of the Year” contender – Matthysse vs. Provodnivkov – over arenas in Los Angeles, Las Vegas and Miami. Turning Stone features world-class amenities including four hotels, more than 20 signature restaurants and dining options, two spas, an all-new 125,000 square foot Las Vegas style gaming floor, a cabaret-style Showroom, a 5,000 seat arena, five golf courses, several bars, cocktail lounges and nightlife venues with live entertainment every weekend.

Tickets for this highly anticipated matchup are on sale now and available for $65 for ringside seats and others priced at $25, $30, $40 and $49, plus any applicable fees. Tickets can be purchased in person at the Turning Stone Resort Box Office, by calling 315-361-7469 or online at Ticketmaster (www.ticketmaster.com).

Corrales vs. Machado is a 12-round fight for the WBA Super World Super Featherweight Championship, to be held Saturday, October 21 at the Turning Stone in Verona, New York. The main event is presented by Golden Boy Promotions in association with Cotto Promotions. The event is sponsored by TECATE, THE OFFICIAL BEER OF BOXING, Casa Mexico Tequila, and Thor: Ragnarok, and will be televised live on HBO Boxing After Dark beginning at 10:05 p.m. ET/PT.

Photos and videos are available to download by clicking here or copying and pasting the link http://bit.ly/CorralesMachado into a browser. Credit must be given to Golden Boy Promotions for photos and videos used.