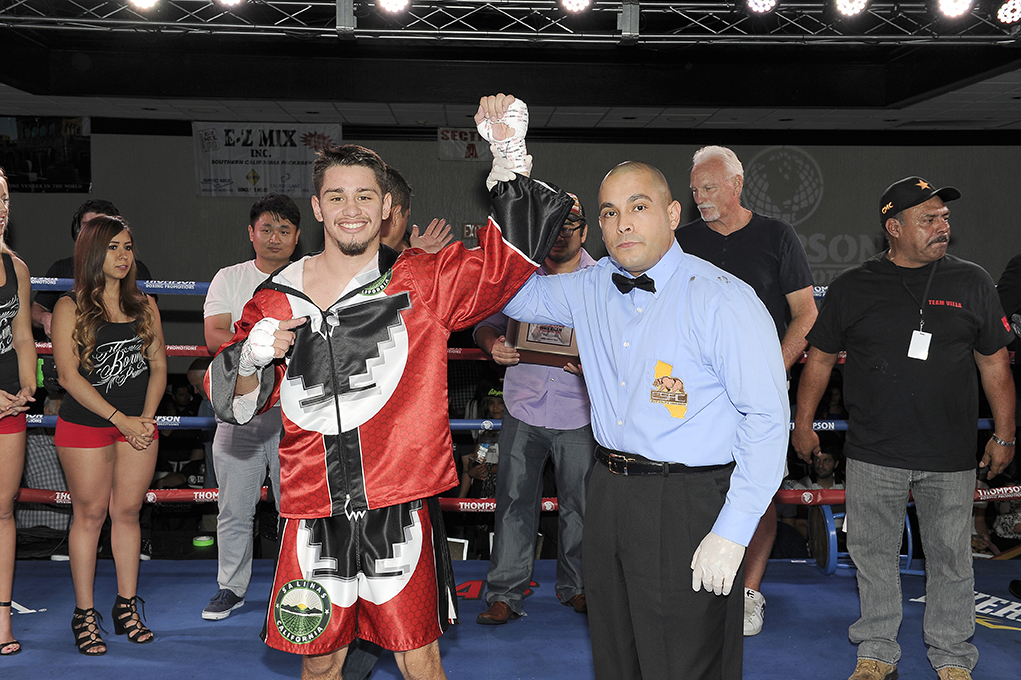 Onatario, CA. (July 30, 2016)–Heralded amateur Ruben Villa (1-0, 1 KO) did not waste any time putting away challenger Gerardo Molina (1-2, 1 KO) this past Friday night in his professional debut. Villa landed a counter left hook early in the first round that sent Molina backpedaling onto the canvas. Seconds later, Villa, who is from Salinas, Calif., rocked Molina with a series of punches, knocking him out at the 2:25 mark of the opening round.

“It felt great to get that first win,” Villa said. “I didn’t go in thinking knockout, but I knew after the first knockdown that I was going to end it early. I had a bunch of friends and family in attendance. I’m glad I gave them something to smile about.”

“Ruben looked sensational in his pro debut,” said Banner Promotions President, Arthur Pelullo. “Even though it was just inside of one round, you could tell that Ruben is a tremendous talent, and we are looking forward to his next fight, which should be announced shortly.

“Ruben looked fantastic tonight,” said Ken Thompson, president of Thompson Boxing Promotions. “He gave us a glimpse into his immense potential. Ruben has a very bright future ahead of him and we are excited to continue to feature him on our Southern California shows.”

Villa is co-promoted through Thompson Boxing and Banner Promotions.