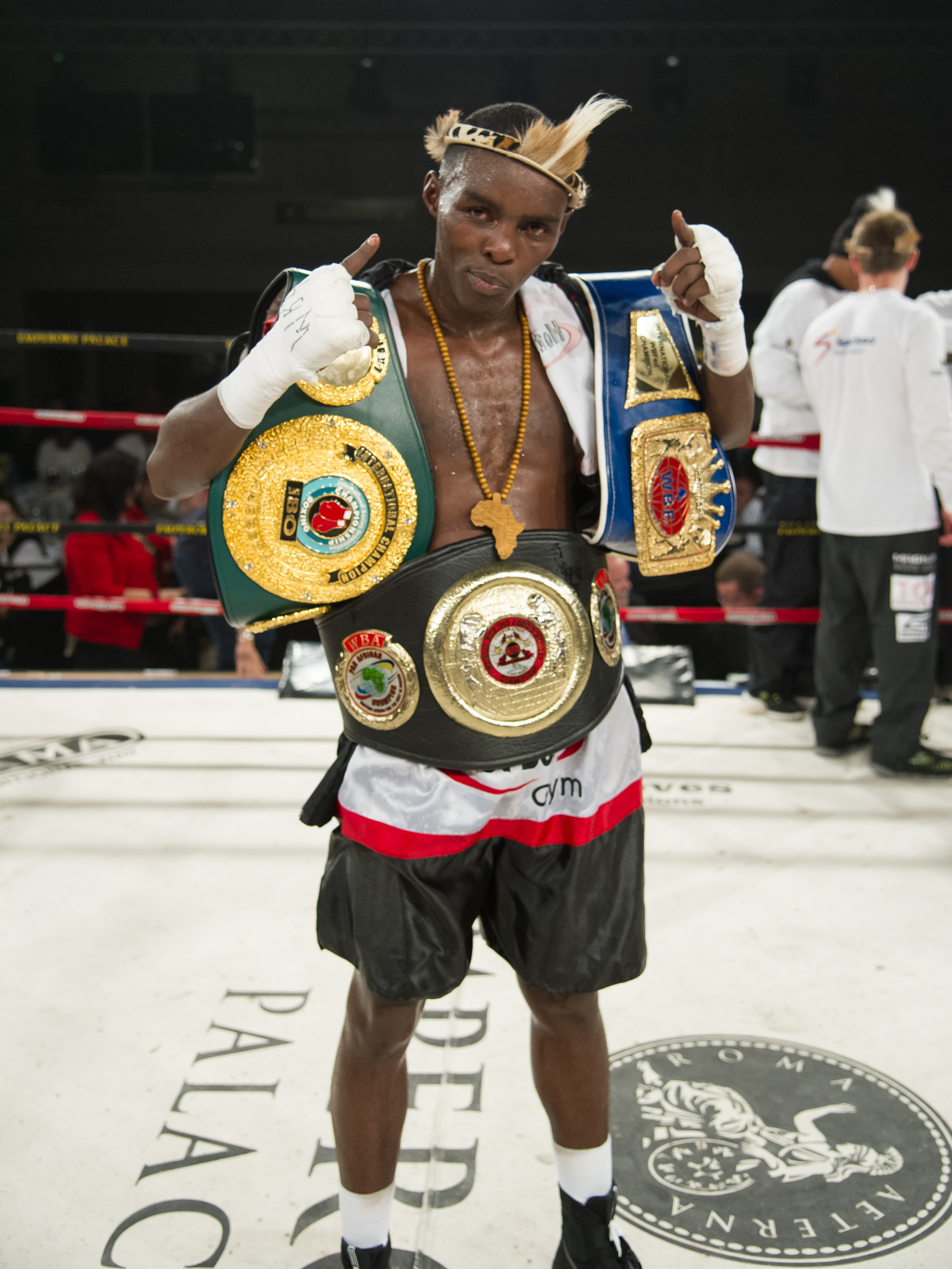 The 26 year-old has a perfect mark of 21-0 with 11 knockouts and currently ranked number-2 by the WBA. He is the current IBO Lightweight champion.

Ndongeni began boxing at the age of 17 and competed in 29 amateur bouts.

He is now looking for bigger title opportunities and with the new co-promotional agreement, Ndongeni is closer to realizing that goal.

“This is a dream come true,” said Ndongeni. “Every boxer who dreams of the big time dreams of America.”

“Every boxer dreams of making it in America. I have outgrown South Africa, where I have fought and beaten all the contenders. I’m prepared to fight anyone. All I want is the chance. I’m grateful to Banner Promotions for this opportunity. I won’t let them down.”

A member of the Xhosa Tribe, Ndongeni is a local hero, whose fans sing and dance whenever he fights. He even has his own praise song, “Nank uNivema whee Nomeva,” which his supporters sing out during his fights.

He is trained by Colin Nathan, who states, “Everything Xolisani Ndongeni does is against the book, but somehow it works for him. He’s very charismatic and a great guy to work with. I think the United States audience will really warm to him.”

“Xolisani has two things going for him: a hunger to succeed borne from his impoverished upbringing, and his natural fighting ability. He’s very unorthodox, but he somehow makes it work. I’m hoping this venture into the US is the springboard to a great international career in one of the most dynamic weight divisions,”said Rodney Berman of Golden Gloves Promotions.

Banner Promotions President, Arthur Pelullo said, “We are excited to get Xolisani in a major fight. It’s always a pleasure to work with my good friend Rodney Berman of Golden Gloves. He always has the best fighters in South Africa, and we feel we have a world champion with Xolisani. We look forward to helping him get the major opportunities that he covets and deserves.”