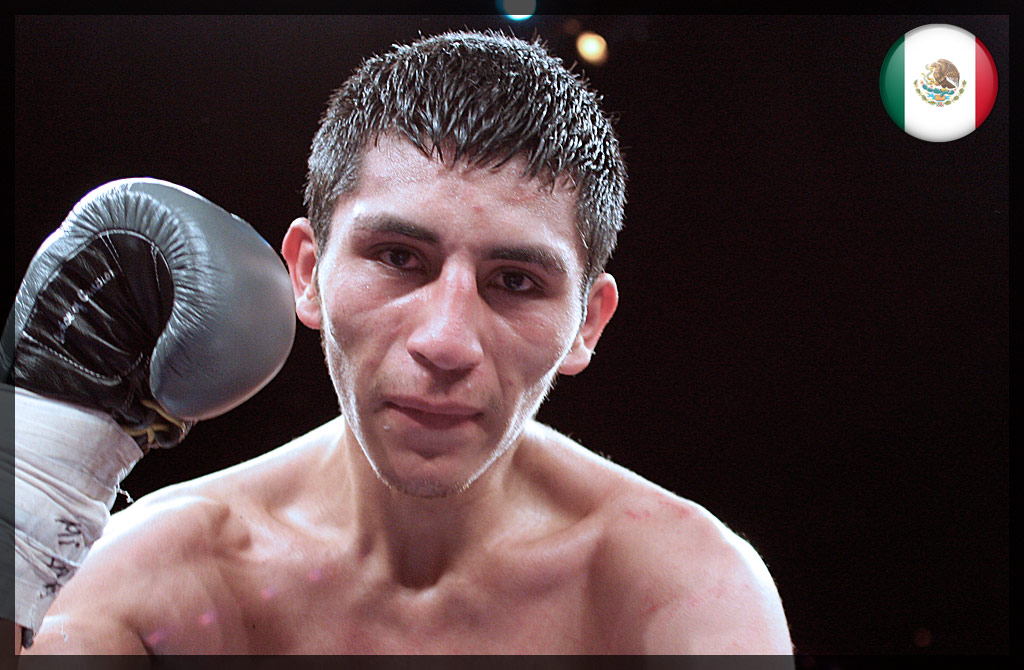 Burgos of Tijuana, Mexico is promoted by Thompson Boxing and Banner Promotions.

Burgos, 30-1 with twenty knockouts is now ranked number-one by the WBO and has been informed that Martinez must defend against him next.

Since his one blemish which came in his only world title opportunity against Hozumi Hasegawa, Burgos has won five in a row against top competition such as contenders Frankie Archueta, Gilberto Sanchez Leon; undefeated upstarts in Luis Cruz and Cesar Vazquez as well as former world champion Cristobal Cruz.

“I am ready for Rocky Martinez, he showed his ability on his fight against Beltran Jr., and was the deserving of the title, but I’m ready to challenge him for it,” said Burgos from his native Tijuana, Mexico.

“I want to thank the WBO for giving me this opportunity which I had a chance for before,” reminisced Burgos who fought and lost a title bout against Hozumi Hasegawa in Nagoya, Japan. “I won’t let this one get away from me, I want to fulfill my destiny with the WBO belt around my waist, I just need to know the date so I can prepare to go to war with Martinez”

“Juan Carlos is a young warrior that has been waiting for his shot at the title. We are confident he will make the best of it but it will not be an easy task against a good fighter like Rocky Martinez. It should be a great fight for the fans and we are proud to have gotten Burgos back where he belongs”, Said Alex Camponovo General Manager and Matchmaker of Thompson Boxing

“Juan Carlos has shown that he is more than ready for this opportunity”, said Artie Pelullo CEO of Banner Promotions

“He has defeated the best at 130 pounds and we are very confident that he will defeat Martinez in what should be a fabulous fight. This will be another classic fight between Puerto Rican and Mexican fighters”

Martinez, 26-1-1 with sixteen knockouts won the title with a twelve round split decision victory over Miguel Beltran Jr. on September 15th on the Julio Cesar Chavez Jr. – Sergio Martinez Pay Per View card.