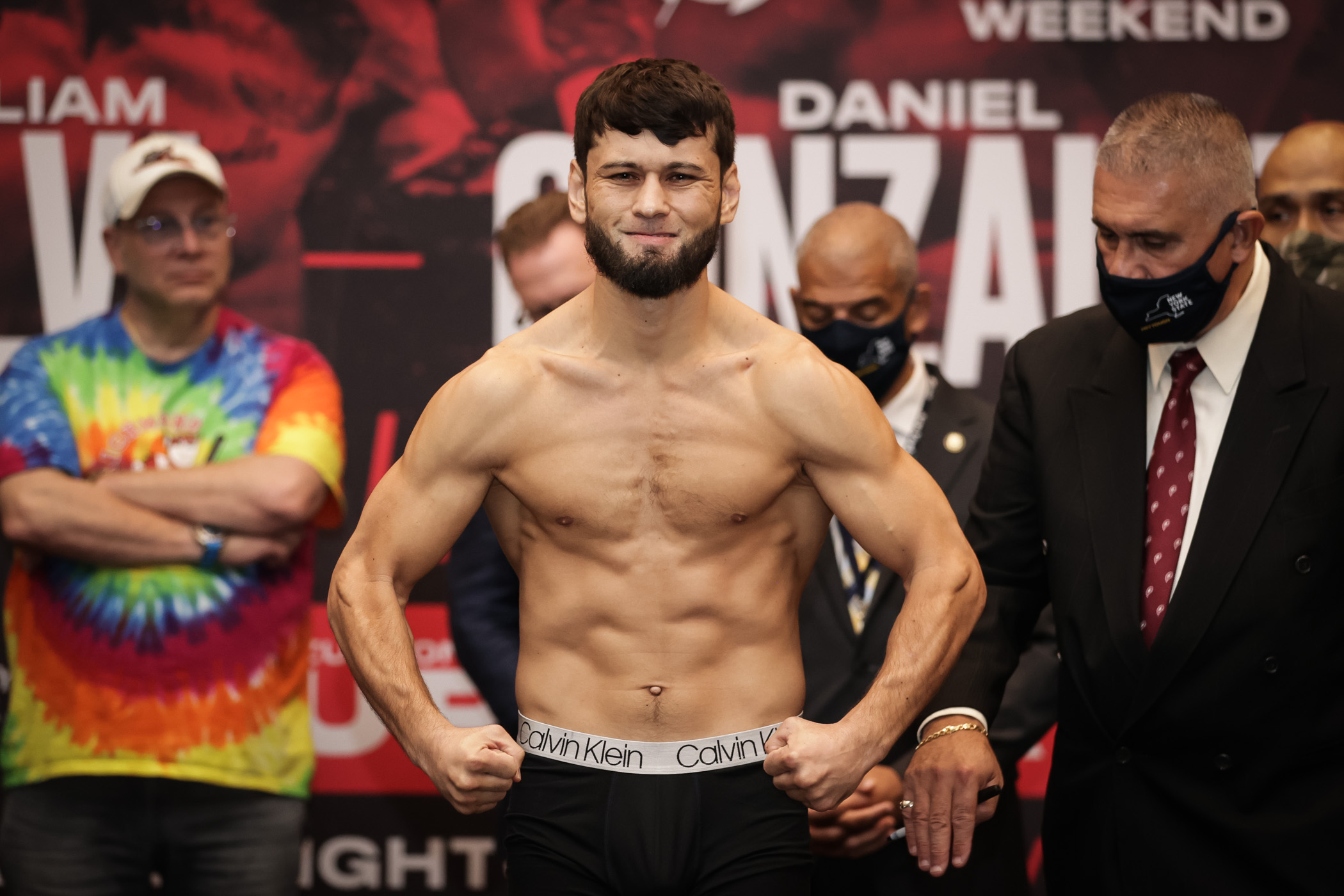 Fight Part Trillerverz III and live on FITE.TV and Trillerfightclub.com

The fight will be part of Trillerverz III and can be seen live on FITE.TV and Trillerfightclub.com at 6 PM ET

Najmitdinov, who is promoted by Banner Promotions and Uprising Promotions, has a record of 17-1 with 14 knockouts. The 31 year-old from Tashkent, Uzbekistan is riding a seven bout winning streak (for which the last five have come by way of stoppage) since his only career blemish when he dropped a controversial decision to former world champion Viktor Postol in Postol’s home country of Ukraine.

That bout, which took place on September 16, 2017, saw Jamshidbek drop Postol three times but was denied two of those knockdowns, due to Postol fighting in front of his home-country fans. Jamshidbek pushed the action and established himself as one of the top-140 pounders in the world. Since that fight, Jamshidbek has won five in a row, which includes his last bout when he won the WBC CIS and Slovac titles with a 1st round stoppage over Giorgi Khutsishvili on October 6th in Uzbekistan.

“I am very excited. I have been waiting for this opportunity to fight in America for a long time. I will show my best ability. I really do not know anything about Madera. I just want to fight anyone. I am not here to take easy fights. This is very exciting to fight in New York. It motivates me to show my best. I feel very confident, and I believe that I will win on five or six rounds,” said Najmitdinov.

“We are looking forward to Jamshidbek’s debut here in the United States,” Banner Promotions President Arie Pelullo. “Because of everything going on in the world, this would have happened sooner. We expect a big performance out of him and we envision him in being in big fights in the near future.”

Najmitdinov is a former WBC CIS and Slovak Boxing Bureau Welterweight champion, and is coming off a 5th round stoppage over Merab Turkadze on June 11th in Tashkent.