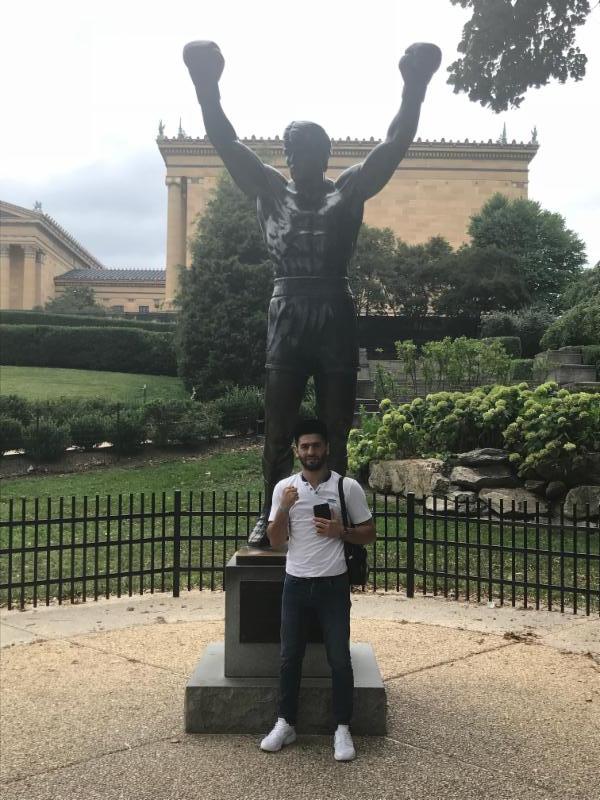 PHILADELPHIA, Penn. / ORANGE, Calif. (August 1, 2018) – Earlier this week, lightweight Zhora Hamazaryan visited Philadelphia to meet with his co-promoter Banner Promotions and take in some of the sights of the historic city.
Hamazaryan, who engaged in a controversial fight with Thomas Mattice on July 20th that was aired live on ShoBox: the New Generation on SHOWTIME, met with Banner Promotions President Artie Pelullo, where he dined at Ralph’s Italian Restaurant, which is the oldest Italian restaurant in the US that has been continuously owned by the same family.  Hamazaryan met with several media members while at dinner.
Hamazaryan also visited the famed Rocky Statue, climbed the Art Museum steps and had a “Philly-Must”, a cheesesteak from Tony Luke’s.
Hamazaryan is promoted by Banner Promotions and Thompson Boxing.