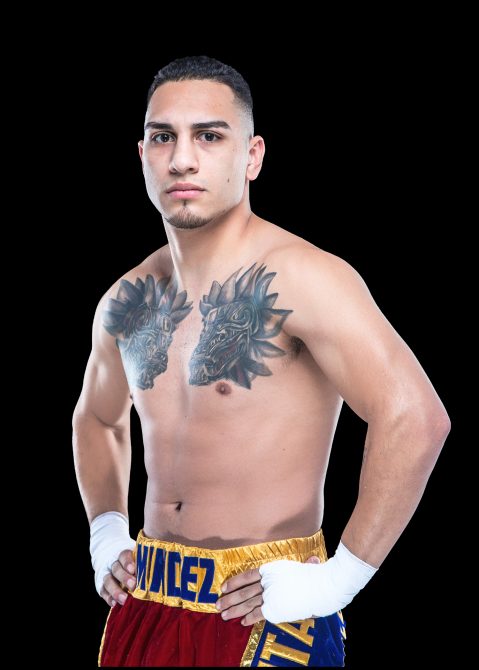 Manuel “La Tormenta” Mendez (13-1-2, 9 KOs)–Quickly developing a reputation as one of the more intriguing prospects in the lightweight division. Mendez, who relocated to Indio, CA by way of Oregon to work with acclaimed trainer Joel Diaz, is coming off a first round, one-punch knockout victory over the previously unbeaten Vitor Jones Freitas on Nov. 4, 2016, from the Omega Products Events Center in Corona, CA.

The fight was televised live on SHOWTIME on their prospect-focused series, ShoBox: The New Generation. Mendez, who was making his national television debut, landed a crushing left hook onto the ribs of Freitas, which immediately downed the Brazilian. Freitas withered in pain and was counted out with the official stoppage time of 2:32.

One of his most memorable knockout wins came against former Colombian Olympian and previously unbeaten Cesar Villarraga in September 2015. In the closing minute of the third, Mendez landed a straight right that floored Villarraga. Mendez hit Villarraga so hard that he lost his balance and rolled his ankle on his way to the canvas. Later, x-rays would reveal a broken ankle for Villarraga.

Mendez was born on Sept. 23, 1990, in Ontario, Oregon. He currently resides in Indio, CA where he is trained by Joel Diaz and is managed by Ernesto Torres.