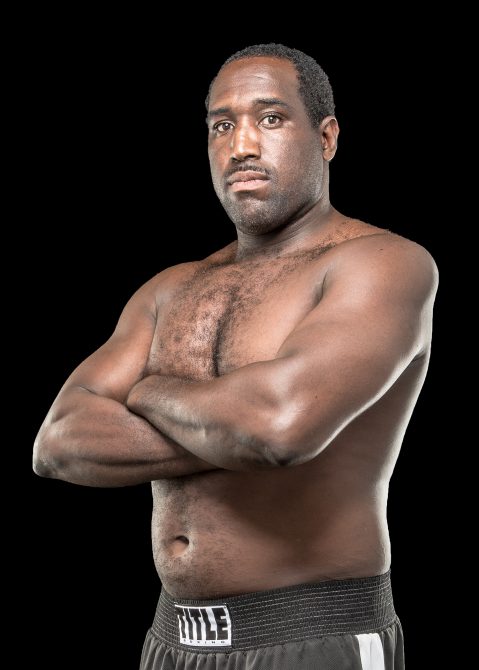 LaRon Mitchell (14-0, 13 KOs)–Promising heavyweight prospect. The San Francisco-based Mitchell advanced to the finals of the 2012 U.S. Olympic Trials and earned a silver medal at the U.S. National Championships that same year.

In June 2016, Mitchell faced rugged veteran Epifanio Mendoza from the Doubletree Hotel in Ontario, CA. Mendoza (42-23-1, 36 KOs) was by far the most experienced opponent Mitchell had encountered in his young career. The Colombian native’s approach was to fight in close quarters, thus eliminating Mitchell’s height and reach advantage. In the third round, Mitchell strung a couple of combinations together and connected with a left hook to the body. Mendoza crumbled to the floor and was counted out at the :52 mark.

In August 2016, Mitchell faced the savvy Mario Heredia of Mexico. Mitchell wore down Heredia with body shots and closed nearly every round with a flurry of punches. He came close to knocking him out, but had to settle for a unanimous decision win (the first fight in his career that went the distance, scores of 77-74 twice, 76-75).

Mitchell is a graduate of San Francisco State University and trains out of the Ring of Fire Gym in Northern California. He stands 6’4” and was born on May 21, 1980 in Los Banos, Calif.

He splits his time between boxing and as a physical education teacher at St. Elizabeth’s Elementary in Oakland, Calif. He is managed by Andy Nance.