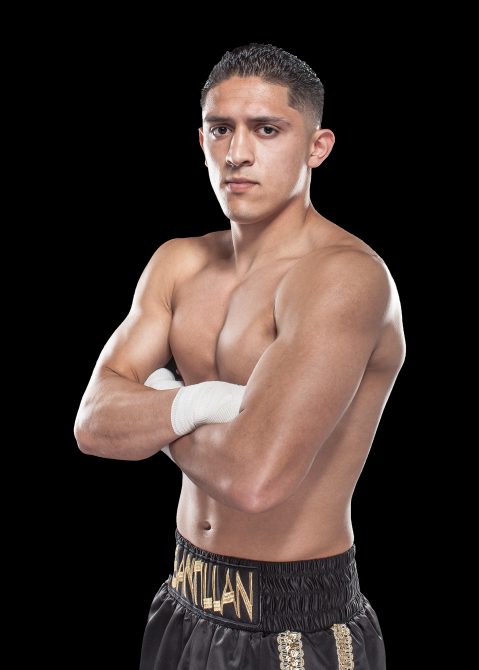 Giovani “Gallo de Oro” Santillan (19-0, 10 KOs)–One of the next big stars in the junior welterweight division. The undefeated southpaw from San Diego has a refined skill set that can one day take him to the highest levels of the sport. He possesses a sturdy jab, principled defense, and superior technical ability.

In four years as a professional, Santillan has never been knocked down, he’s won the NABF Junior Title, and he’s sparred with all time greats such as Floyd Mayweather and Tim Bradley.

After winning his first thirteen fights, Santillan stepped up and claimed his first championship – the NABF Junior Title. Santillan defeated Osenohan Vazquez by fifth round knockout from the Harley Davidson Showroom in San Diego on Aug. 16, 2014.

Santillan began his professional career in 2012, and that same year he would go on to win six times in a row. The following year he added five more wins to his resume.