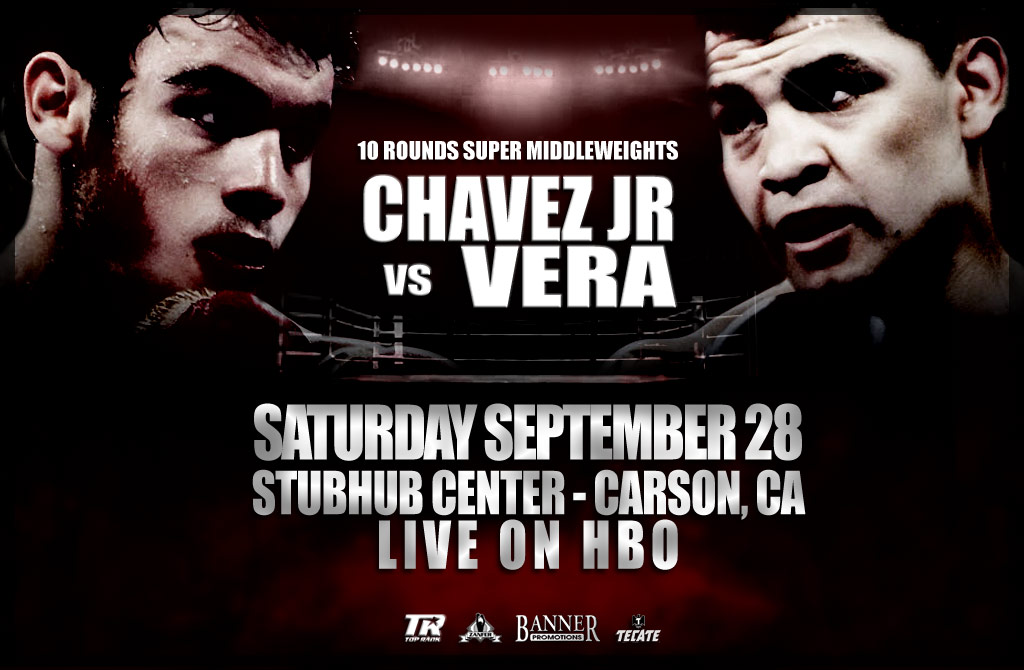 The show is promoted by Top Rank and Banner Promotions and will be televised LIVE on HBO’s Championship Boxing.

Arthur Pelullo—“Bryan knows he is fighting a great young fighter and it’s going to be a great night of boxing. We feel that Bryan will have an excellent night. When Bob Arum called me about the fight, Bryan didn’t blink an eyelash and said yes. He knew this could be a career changing fight. He wanted this fight from the get-go. He understands the formal task in front of him. He is a great fighter and he is coming to win the fight.”

David Watson (Vera Manager)—“This is going to be a great exciting fight. Bryan has prepared for it. You are going to see two prideful fighters going at it.”

Julio Cesar Chavez Jr. (46-1-1, 32 KO’s)—“I am very happy that fight night is coming very soon. I think it’s going to be a great fight for the audience. You are going to see the best Julio you have ever seen.”

Bob Arum—“People who know and understand boxing know that this will be a tremendous event and very exciting.”

Julio Cesar Chavez Sr. –“We are very happy that the fight is getting closer. I can assure that you will see a great fight on Saturday. I know that Bryan Vera will give a sensational fight. We know my son is in for a tough fight on Saturday but we have a lot of confidence and we know that he will come for a victory.”

Fernando Beltran (Zanfer Promotions)—“I know that Chavez has a very tough opponent in front of him. The people are the winners of this show as they will see a sensational match.”